To support its objectives, MOPA has as its Trustees several eminent personalities from different walks of life, who share a similar vision of preservation and propagation of art. 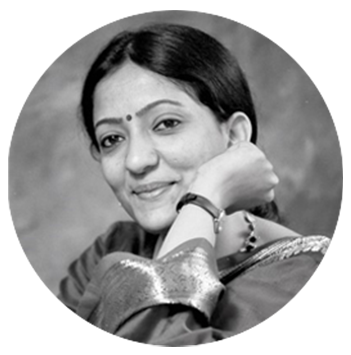 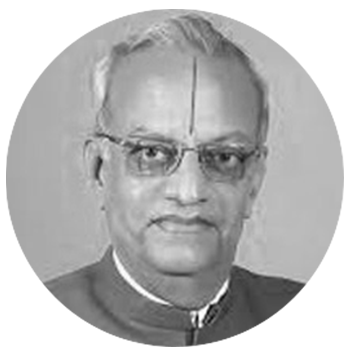 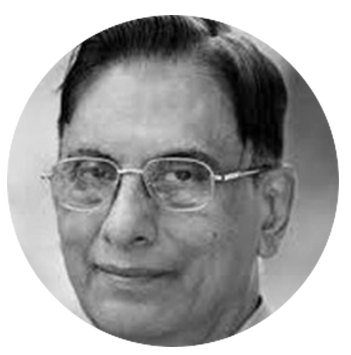 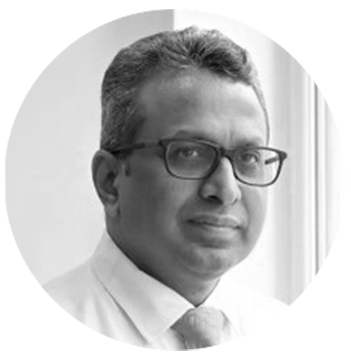 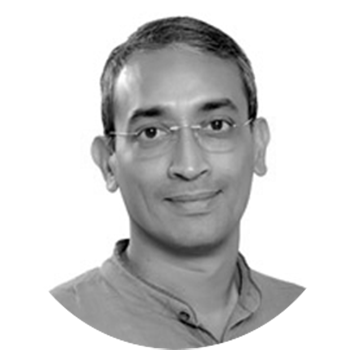 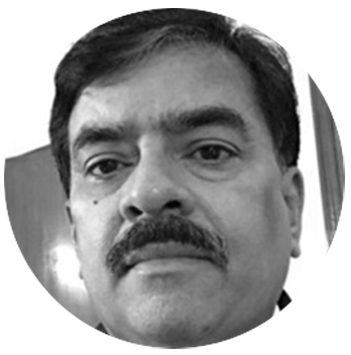 Savita Narasimhan is an original voice amidst a galaxy of young vocalists in the forefront of Carnatic music now. Known for her sensitive and nuanced rendering of raga music of high order, Savita has a pitch perfect voice of rare emotional appeal to the connoisseur and common man alike. With a family background of music lovers, a privileged musical upbringing with training under several iconic teachers, Savita has widely performed Carnatic music over 2 decades now. She has also sung extensively for Indian theatre and classical dance. She is a founding member of the theatre group JustUs Repertory and has lent her voice to several of its productions. Savita is an A-grade artiste of All India Radio and Doordarshan. A keen votary of outreach programs, she trains several students in Chennai and abroad.

Savita has won several awards such as the Kalki Krishnamurthy Memorial award, Sangeet Natak Akademi's Bismillah Khan Yuva Puraskar and Shanmukhananda Sangeeta Sabha's Sangeeta Shiromani, among others. Savita is also a talented visual artiste across several media and has penned a series of articles on Indian folk art for the national daily, The Hindu.

MOPA is the brainchild of Savita and she is the Founder Trustee of the MOPA Foundation.

N Gopalaswami, former Chief Election Commissioner of India (2006-2009) is a Padma Bhushan awardee (2015). A Gold Medalist Post-graduate in Chemistry from Delhi University, Gopalaswami joined the IAS in 1966 and for the next twenty-five years, served in the State of Gujarat, during which period he held many senior positions. He moved to the Government of India in 1992 and served many ministries, notably as Secretary in the Department of Culture and as Union Home Secretary. He became an Election Commissioner in 2004 and Chief Election Commissioner in 2006. During his stewardship the Election Commission successfully implemented several innovations including that of Photo Electoral Rolls to improve the quality of electoral rolls. The many state Assembly elections conducted during his tenure, including that of UP (2007) were appreciated for being violence-free, intimidation-free and clean elections where the election laws were implemented without fear or favour.

In a career spanning 43 years in Public Service, he earned a reputation for uprightness, hard work and innovativeness. It was due to his initiative as Secretary in the Department of Culture that Gangaikonda Cholapuram and Darasuram in Tamilnadu and Champaner in Gujarat came to be inscribed in the UNESCO’s list of World Heritage sites. He was instrumental in having the proposal made for getting ‘vedic chanting’ incorporated as one of UNESCO’s World’s Oral Heritage, and played a key role in obtaining a grant of Rs 5 crore from Gol for the preservation of vedas, the ancient Hindu scriptures. He was the spirit behind the National Manuscript Mission, a programme to unearth and digitize the manuscript wealth of this country. He is a sports enthusiast and has dabbled in cricket, ball-badminton and tennis. He is a keen Carnatic music aficionado and an amateur astrologer. He is currently the President of Vivekananda Educational Society which runs a group of 23 schools in and around Chennai. He was appointed Chairman of Kalakshetra for a term of five years starting from Oct 2014 and Chancellor of the Rashtriya Samskrit Vidyapeetha at Tirupati (Nov 2015).

R K Raghavan is a former IPS officer of the Tamil Nadu Cadre. He holds a PhD in political science and his specialization is cyber security. He was Director of the Central Bureau of Investigation (1999 – 2001), during which time he investigated many high profile cases. While heading the CBI, Raghavan set up India’s first cyber cell crime investigation cell. In 2006 the Supreme Court of India appointed him as head of the anti-ragging monitoring committee. The team led by him developed a successful national policy to curb ragging in educational institutions. He is a former Visiting Fellow of the Harvard Law School. He is currently a member of the International Advisory Board of the Institute of Criminology, Cambridge University (UK). Raghavan has been appointed High Commissioner to Cyprus earlier in 2017.

Dr Aravindan Selvaraj is the Chief Orthopaedic Surgeon as well as Co-Founder and Executive Director of Kauvery Hospital, Chennai.

From the South Indian city of Trichy, comes this passionate doctor whose only desire is to alleviate the pain and suffering of the elderly, through quick, painless surgical solutions. Young Aravindan was the District Topper in his 12th Grade (1984), and from ER Higher Secondary School, Trichy, he began his medical journey as an undergrad at Stanley Medical College, Chennai. He went on to complete his MS Orthopaedics from Gujarat University (1995), FRCS from Royal College of Surgeons in Ireland (2000), Post Graduate Diploma in Trauma & Orthopaedics from Brighton University, London (2009) and Postgraduate Degrees FRCS (Trauma & Orthopaedics) by the intercollegiate Specialty board of Royal College of Surgeons (2008). He spent the next 15 years in Ireland and London practicing in world renowned hospitals like Guys Hospital, St. Thomas Hospital, and Kings College Hospital, London before returning to India in 2010.

As Chief Orthopaedic Surgeon, he has established a world class orthopaedic department at Kauvery hospital in Chennai, which offers joint replacement surgery, arthroscopic surgery, spine surgery and surgery for sports injuries. As Promoter-Director of the Kauvery group of hospitals, he has been instrumental in developing an advanced 200-bed tertiary medical and surgical super-speciality hospital at the heart of Chennai, India.

At the stroke of 9 am, Dr Aravindan is at Kauvery Hospital, Monday to Saturday, to consult with his inpatients or is present in the operating theatre, wielding his expertise as an orthopedic surgeon. On other days, by 10 am he is in his consulting room, ready to dispense medical advice and attend to his flow of outpatients. Running a hospital is no easy feat for a full time administrator, but Dr Aravindan does it with as much ease as he performs surgeries.

One would think that Dr Aravindan is all about work and no play. On the contrary, he actively participates in his Rotary Club activities, hosting many healthcare camps, on behalf of both Kauvery Hospital and The Rotary Club East, District 3230. A member of the Narada Gana Sabha, Dr Aravindan frequents the many performances at the Sabha and the Music Academy.

K V Narayan is the President of Probis Consultants since 1990, whose key areas include Strategic Planning, Business Development, Management, Project Planning and Engineering. He has 27 years of experience working with varied Indian Industries, PSU and the Government. A majority of this has been in the Indian Hydrocarbon sector, with other sectors being Infrastructure, Energy, Heavy Engineering and Education. His core strength is his ability to identify opportunity and provide consulting and advisory services for vendors on business development.

His key areas of interest include Arts and Culture, Education, Health and Social Services. In his capacity as Secretary and Trustee of Hamsadhwani, a Chennai-based, not-for profit cultural organization, he helps to build public relations with government agencies and private organisations to garner philanthropic support. This is in furtherance of conducting approximately 50 programs in a year and for infrastructure upkeep and modernisation.

Mr Narayan is also a student volunteer at Vedanta Academy. He identifies corporates to participate in the public discourse and private programs conducted by Vedanta Life Institute.

C V Sankar, IAS (Retd.) belongs to the 1982 batch of the Indian Administrative Service and served as the Additional Chief Secretary, Industries Department, Government of Tamil Nadu at the time of his retirement in 2016. He was the CMD of Tamil Nadu Industrial Development Corp Ltd, TIDCO (from 2014-16), Chairman and Director at Tamil Nadu Petroproducts Ltd (2013-2016), Chairman of Titan Company Limited (2014-2016), Chairman and Managing Director of Tamil Nadu Newsprint and Papers Limited (2013-2016) and an Additional Director at Seshasayee Paper and Boards Ltd from (2011-2013). Besides several assignments in the departments of Education, Environment and Forest, Chief Minister’s Office, Rural Development etc, Sankar worked as an UNDP Consultant at the National Disaster Management Authority, New Delhi and was in charge of the massive Tsunami Rehabilitation Program in the state of Tamil Nadu.

All the text, images and other data contained in this website are copyright 2017 of the Museum of Performing Arts (MOPA) Foundation. The same is intended for personal or educational use only and may not be used for commercial purposes in any form without prior written permission.